All You Need to Know About Kites

What do you know about kites except that they are super fun? With the National Cherry Blossom Festival coming up this spring, you know that you need to prepare for the kite festival held within it. In order to make the most out of an event like that, we have a facts about kites that will help you understand them better so that you can enjoy yourself to the fullest. 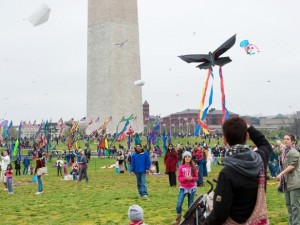 The most common look out there for a kite is a diamond shape. When you go out to buy a kite or look at a DIY video to make one, you will see that most are in a triangular shape. But you should know that you can design your own kite however you want to, whether you want it to be in the form of a face, a shape, an animal or anything really. One of the most popular types of kites out there is a dragon kite as people love just how cool they look up in the sky. The best thing about them is that they are easy to make and all you need is some glue, construction paper and a hanger.

You probably don’t know about the connection between kites and China. Although most cultures include the flying of kites, many historians believe that they are specifically invented in China around 200 B.C. There have been several mentions of kites in the ancient Chinese Folklore.

Use of Kites in War

Aerial warfare has an important place in history itself especially when it comes to the World Wars. Before the invention of planes, kites were used to drop bombs into the enemy territory. There were also a mode communication as several messages were sent with the help of leaflets. After that in the late 19th century, kites were used to spy on enemy territories as they would lift up soldiers for surveillance.

Use of Kites for Science

Historians state that the introduction of kites to America was made around the mid-1700s when a founding father, Benjamin Franklin flew up a kite in the middle of a thunderstorm in order to experiment how electricity works in the year 1752. That was the first ever time someone flew a kite in America and that is also how people figured out that electricity is carried through lightning bolts. We bet you didn’t know this much about kites up till now. 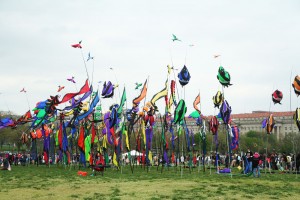 Since the invention of kites and the introduction of them to our motherland, we have since then evolved as new types of kites are introduced for different use. One of the most popular spring festival held in Washington DC, The National Cherry Blossom Festival has an event solely dedicated to kite flying. Here people from all over the world come to show off their kite flying and kite making skills. For those that don’t have a kite of their own, there is even a DIY stand that they can make their own kite on. It is all quite easy. Its good fun as people socialize, eat, drink and fly kites amongst one another. It’s an event you absolutely cannot afford to miss out on so book your car from Corporate Car Service Houston and be on your way.